Sara Fernandez, Audio Technician at VAV Group in Spain, has been working in professional audio for 14 years and uses a Calrec Summa on a variety of projects. Read what she has to say about the Summa, along with the move to IP and what she thinks about the future of professional sound.

1. How did you become an Audio Technician and what inspired you to go into that field?

I knew I was going to study sound before I finished high school. From a young age, I was attracted by the audio-visual world.

After finishing my studies, I completed an internship at Radio Nacional de España, where I was then hired and worked in the mobile unit department. I loved this department; every day was different and I worked on a variety of projects including different TV programs, concerts, soccer, and Radio Nacional de España news covering the government, including the Congress of Deputies.

It was exciting to leave the RNE building to go to do a Radio 3 concert on a street in Madrid or handle a news broadcast of the Congress of Deputies, or head to a soccer stadium to bring a game to listeners. I enjoyed the variety of covering a convention in an impressive hotel in the city and then going out to the mobile unit that was outside to edit the recorded pieces and set up the necessary microphones to go live with the journalist who narrated the news in situ.

Sometimes we also set up all the technology required to create a program in a school where the children interacted during the program. I really liked the diversity of each job. 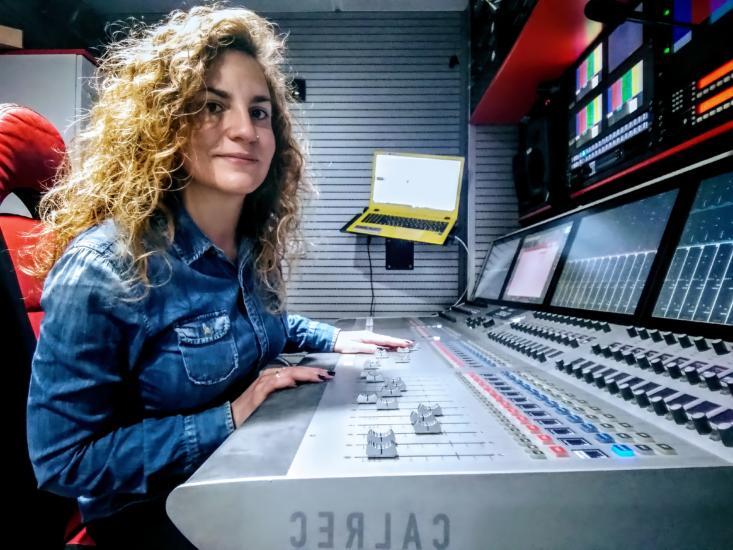 2. Are you working full-time at VAV GROUP, or are you freelancing and working for other companies?

I work full time at VAV GROUP, both in mobile units and on the sets of drama productions.

3. How long have you been working as an Audio Technician?

I have been working in the world of professional audio since 2007 when I started at Radio Nacional de España as an Audio Technician in its mobile units (this was after having done my internship there). Then I joined Televisión Española, working on-set handling different programs for the channel. From there, I started working at Canal + in the studios receiving external signals and mixing programs and sports broadcasts.

That is until I finally got to where I am now, in VAV GROUP, working as a Sound Technician both in mobile units and on-set.

4. What do your current roles involve?

VAV GROUP provides all kinds of television production services with specialised personnel and technical equipment. I am responsible for the sound, communications and mixing of the events we do with mobile units in the different broadcasts.

5. When did you first start working with Calrec products? What Calrec consoles have you used over the years and for what projects?

I started working with Calrec a few years ago when my company bought a Calrec Summa for one of our mobile units. So far, the Summa is the only Calrec console I’ve used, but I’ve used it a lot on various projects including: 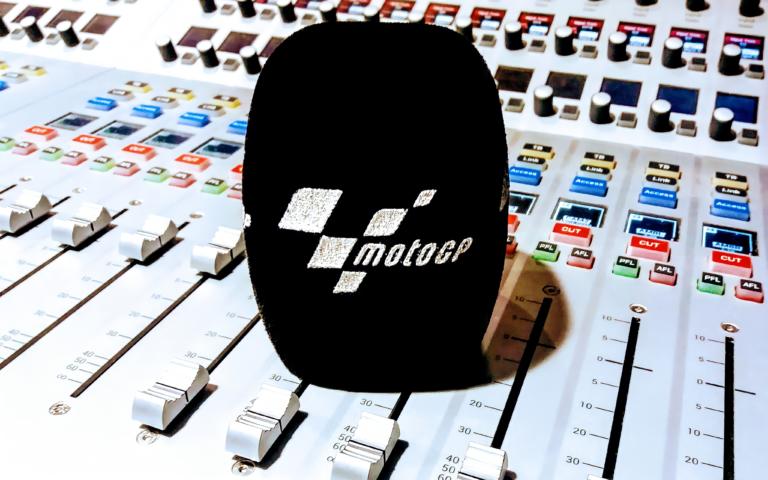 6. Can you talk us through the project you’ve most enjoyed working on? What have been some of the highlights in your career so far?

Some of the projects I liked the most were the Goya Awards Gala; the FIM MotoGP AWARDS Gala; MotoGP eSPORT Championship Grand Final; FINAL FOUR in Belgrade; SATA Rallye Azores, Vuelta Ciclista a Cataluña, and the UEFA Champions League. I really enjoyed them because of the importance and magnitude of each event, coupled with the challenge involved in setting up and configuring everything on-site for the client’s needs.

The Goya Awards Gala required a lot of time and planning when setting up and configuring all the sound and intercoms. We spent a lot of time, energy and hard work, but at the same time it was very satisfying, so it was really a great experience that I look back on fondly.

I loved The FIM MotoGP AWARDS Gala. I love MotoGP and It was a great project both in terms of build-up and other preparations as well as in terms of the actual end result. I also especially love the MotoGP eSPORT Championship.

The cycling grand tour was a great experience when it came to exchanging signals between the mobile unit, helicopter, motorcycles and the mobile unit at the intermediate point on each stage of the three-week race. In addition to this, we had to change locations every day, reassembling everything in really beautiful places.

The SATA Rallye Azores was a rewarding job; to be able to do a rally in such a spectacular place as the Azores, to change the destination, assemble and disassemble every day in a different place.

I really enjoyed The FINAL FOUR in Belgrade; I liked having the opportunity to do a project like that in a great place like Belgrade. And being able to do the UEFA Champions League was also really enjoyable because of the importance of the event and how demanding it was.

7. The industry is moving toward IP-based solutions for audio control, networking and distribution. What is your experience with these changes and how are you pushing the boundaries with IP?

Certainly, the world of pro audio has changed a lot since I started and you have to learn and evolve. A lot of the newer technologies we’re using today are much more convenient and more efficient than those used previously. For example, there are no noise problems with long-distance runs as there were with analogue.

Now we have fibre and the possibility of bringing in many audio channels on a single link without loss. We have to interact and rely much more on computers when configuring things like switchers and networks. 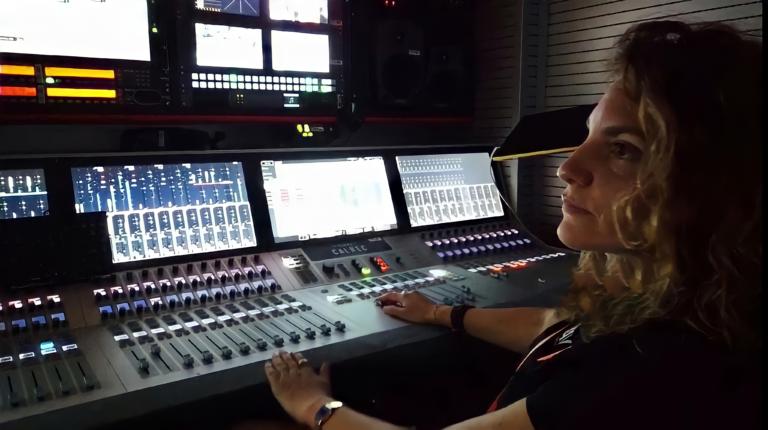 8. How do you view the current talk of moving to AoIP? What do you see as the overall advantages of AoIP? What’s the impact been in your world?

It has changed the way we work and the way we think about making configurations. It has positive attributes like transmitting many signals on one cable without noise and being able to set it up quickly, but it will also change workflows and the overall way that we work. For example, there are already a lot of productions that are being done remotely.

9. Women make up just 5% to 7% of audio engineers and producers, according to reports by the Audio Engineering Society. Why do you think this is the case? Are you able to share your experiences?

It’s true that there are very few women, and when I started even less. I had to carve out a niche for myself in this male-dominated field, with few female points of reference. I hope that the upward trend of more women in the field will continue and that we’ll simply see more diversity all around in professional audio.

10. How do you see audio evolving in the next five years?

The industry is trending towards more work focused on using remote production and remote working more generally, but I do think some mobile units will continue to be required at the events, not least to solve problems on-site when they arise.

On the other hand, as far as equipment is concerned, there seems to be more technology that already implements both audio and video in the same system, providing greater convenience.

11. How is COVID-19 affecting your work at the moment? How has it significantly impacted a recent project that you’ve done?

It is affecting my sector quite a lot because many productions have been put on hold or cancelled altogether, so it’s definitely affecting jobs. On the other hand, those that are being made are being done with the greatest possible safety in terms of the virus. Covid tests are constantly carried out on set; in soccer stadiums and other sports stadiums Covid tests are required to be able to work, in addition to adhering to all the social distancing requirements.

Of course, traveling to make any kind of broadcast with a mobile unit has become more complicated since to leave your home you probably have to pass some kind of control. Once you’re at the destination there are a lot of restrictions at hotels, etc, so you have to plan what you’re going to eat and when and where especially since most hotel businesses are closed and you simply cannot go to a restaurant like you could before COVID. With the schedules we have in live broadcasts, it becomes complicated, so we have had to change our habits a lot. 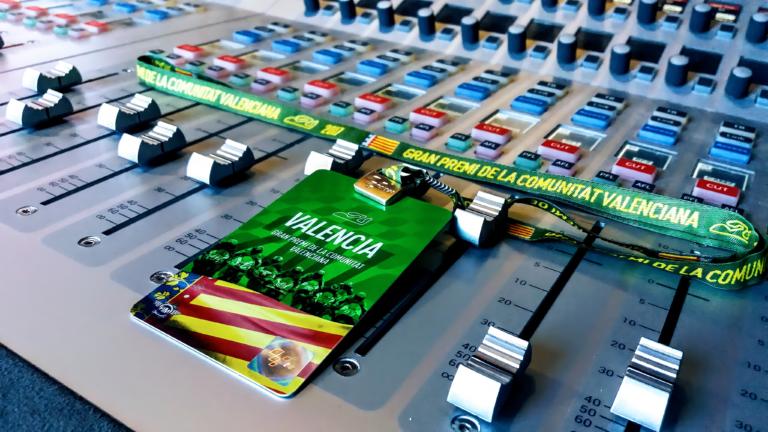 12. Do you have any mixing top tips for engineers when using a Calrec console?

I think that each engineer has his/her own way of working and configuring the controls. In my case, I configure the tools differently depending on the needs of the event. But the way that the Summa works allows me to configure the auxiliary functions in a very comfortable and different way for each auxiliary, so for certain events and resources I like this function; it’s very useful for sending audio to intercoms.

More About Summa Dive into our Summa Training! 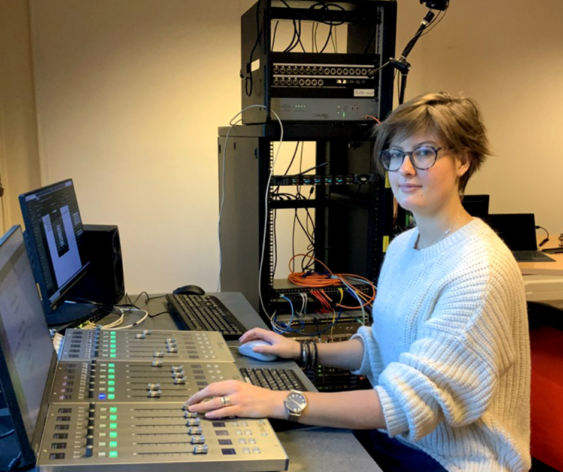 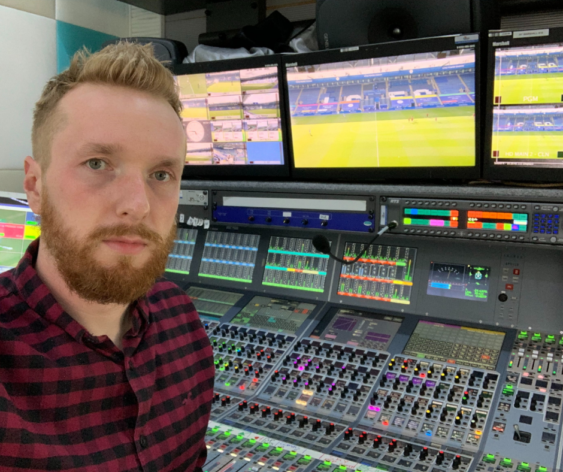 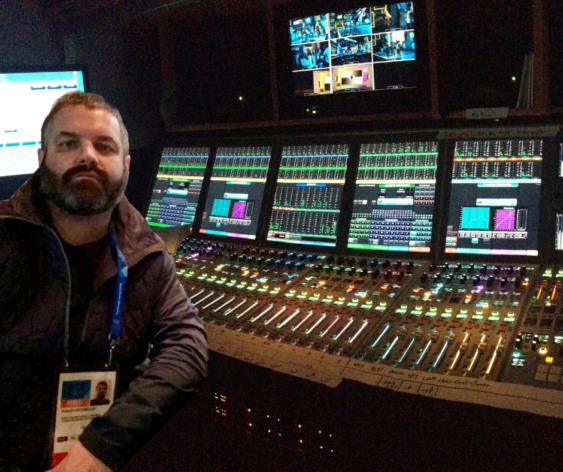 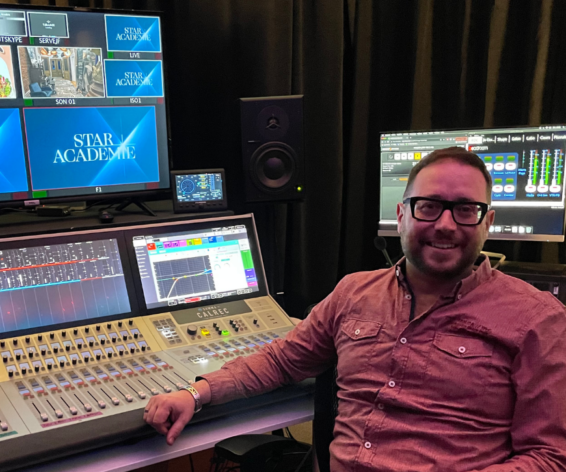 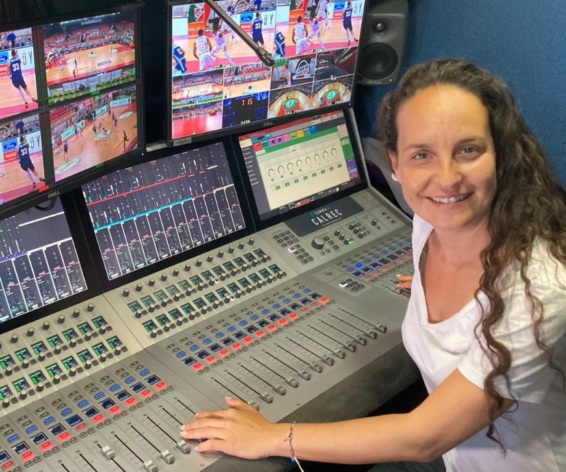 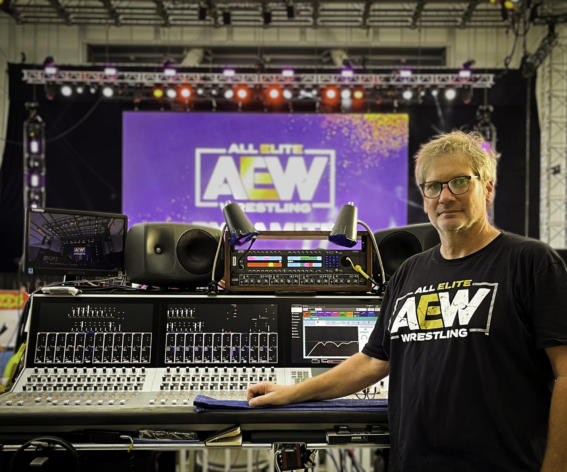 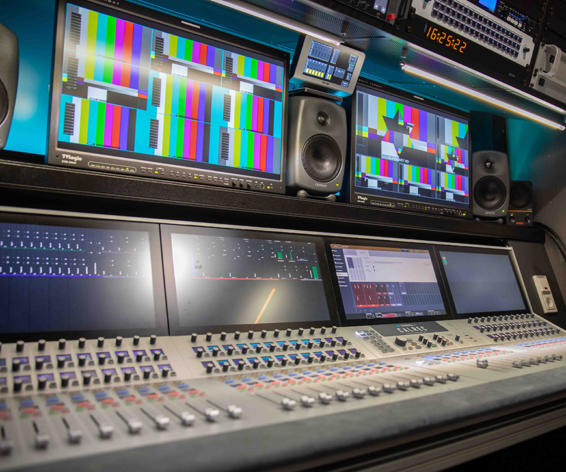 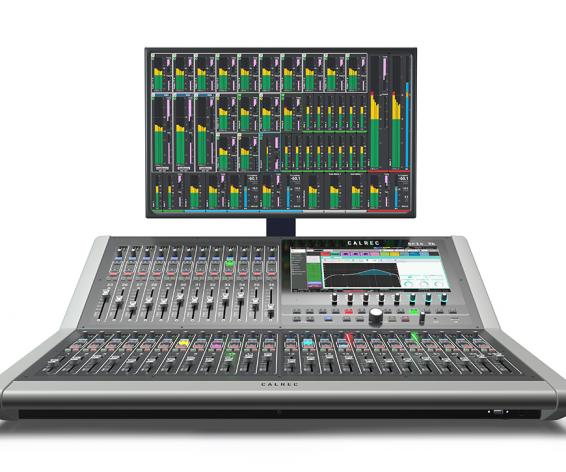 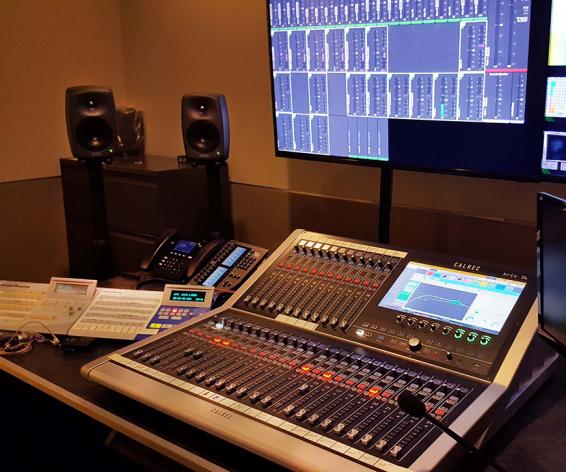