Mixing Dolby Atmos: What you need to know

Mixing Dolby Atmos allows you to put the viewers right in the action by precisely placing and moving sounds to deliver an immersive experience.

We have put together some frequently asked questions on what you need to know about Dolby Atmos and live broadcast mixing.

What is Dolby Atmos?

Dolby Atmos is a scalable surround sound technology which expands on the existing surround sound concept by adding extra height channels allowing sounds to be interpreted as three-dimensional objects and appear as if they are enveloping you as you watch a show.

Dolby Atmos delivers a more immersive sound experience and allows you to hear sounds in all the right places as if you are right there in action. 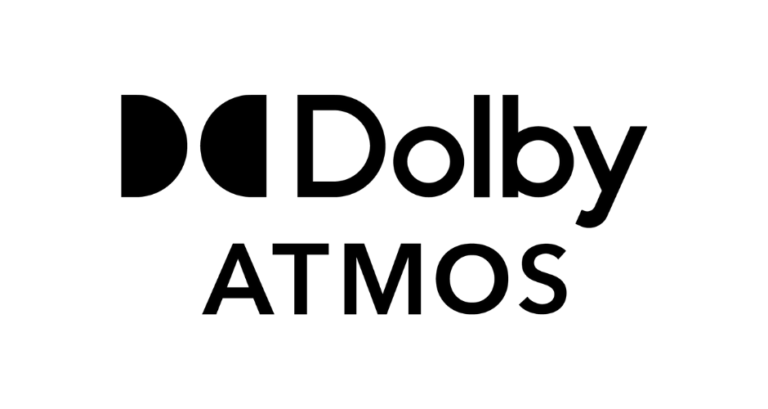 “One of the things I love about Calrec and the Dolby Atmos system is how easy it is to set up. With Calrec you just follow the instructions, of course, you need to know where they are, and as long as your speakers are patched correctly… hey presto! Dolby Atmos.

“I also love the spatial quality the Atmos system gives. You can take a moving graphic that has noise associated with it and go to town by flying the noise almost anywhere.

“Stereo… does that still exist after Dolby Atmos?”

How does Dolby Atmos work in broadcast to mix live sports?

In addition to enabling the viewer to hear sound in 360 degrees to experience what it is like to be in the crowd, viewers now expect to hear other exaggerated sounds when watching a live sport.

For example, a live dunk in a basketball game or a goal slamming into the back of the net. It helps create an enhanced viewing experience.

Capturing the sound of the crowd is what brings the emotion and Dolby Atmos helps capture those close-ups and the hugeness of the experience which connects people. 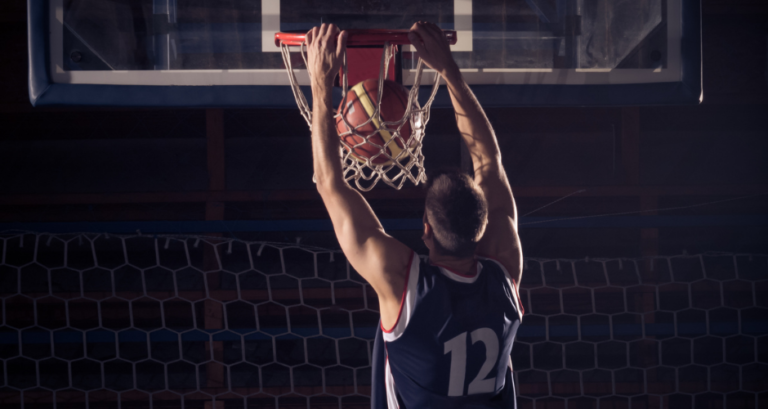 “I thought it was just another add-on gimmick, but playing around with it, a new enhanced and creative field was born!

“There are no right or wrong ones to add into the mix. Experiment and make your mix come alive, add the unexpected!”

What is Immersive Audio?

For live sports television broadcasts, Dolby Atmos is – in every sense of the word – a game-changer.

Atmos is an “immersive audio experience” as it adds height to a surround presentation to typical 5.1 audio delivery to provide a realistic experience of being there.

The Dolby Atmos data stream renders the audio in the home to the areas within the sound field where the mixer placed them originally.

This is a real benefit to sports broadcasters, as its 3D audio effect better captures the excitement of live sports and the passion of a live crowd.

With more home systems using reflecting speaker technology that bounces the sound off the viewer’s ceiling, and with the advances in Dolby Atmos virtualization, immersive experiences can be had with soundbars or over headphones through mobile devices. 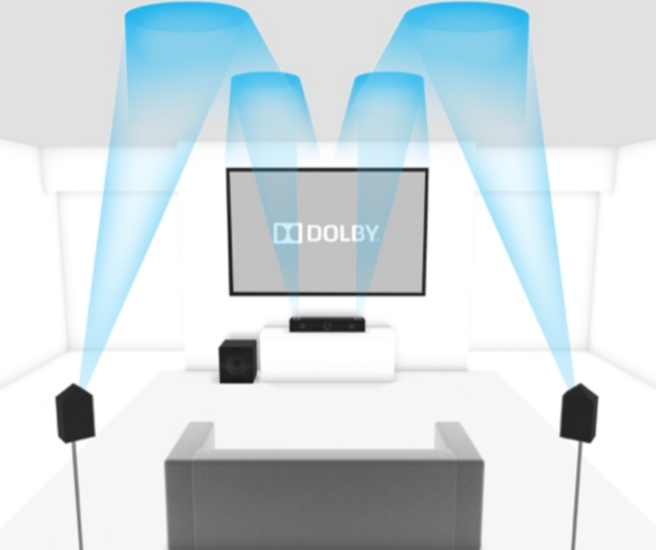 “I have taken a deep dive into mixing in Atmos in the last year. I am finding the immersive environment that Atmos provides really sparks my creativity in my mixing. And the tools and workflow that Dolby provides for Atmos are powerful and easy to work with!”

Channel-based immersive means that most of the Dolby Atmos work is done live in the mixing desk, whereas object-based immersive uses the full Dolby Atmos production toolkit, generating metadata for individual audio objects that are included in the delivered product.

Live broadcast mainly relies on channel-based immersive. There are several good reasons for this; live-to-air mixing is unpredictable and it’s often not practical to mix live objects into the sound field.

Live TV productions are focused on getting it right first time and there are no second chances, so it relies on channel-based immersive mixing which places the viewer at the centre of the live environment to create the passion, excitement, and emotion of the event.

This puts additional pressure on the mix engineer, who is often creating multiple outputs for host and international mixes, as well as making sure that surround, stereo and mono versions all sound great. 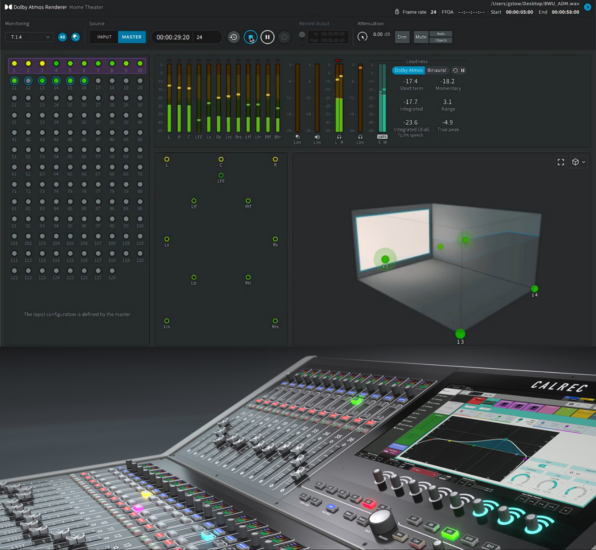 Check your collection, as many of your favourite movies in 4K and standard Blu-ray will also have a Dolby Atmos soundtrack.

How to mix Dolby Atmos on a Calrec Brio

Are you looking to mix in Dolby Atmos? If so, did you know compact desks like the Calrec Brio have assistive features which can help reduce your workload when it comes to next-generation audio for live broadcasts?

We have put together some training on how to mix Dolby Atmos in real-time on a Calrec Brio, including first-hand operator experiences, set up and monitoring.

Building a Dolby Atmos show on a Calrec Brio is straightforward.

Each ATMOS stem eats into 10 channels, but these are easy to assign and manage even on a tiny desk like Brio.

The Calrec Brio has a very flexible DSP system and can be upgraded in-situe. A 96-input specification is recommended.

Take your live broadcast to the next level with Dolby Atmos. 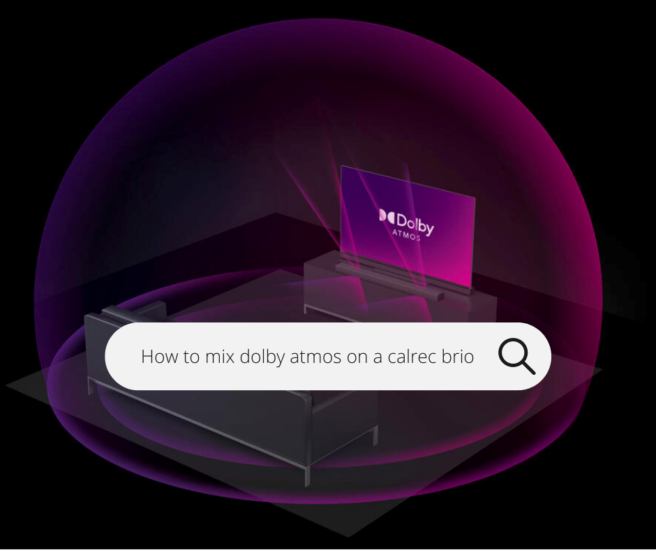 Dive in to our Dolby Atmos Training!

Click the links to read about our latest Brio posts. 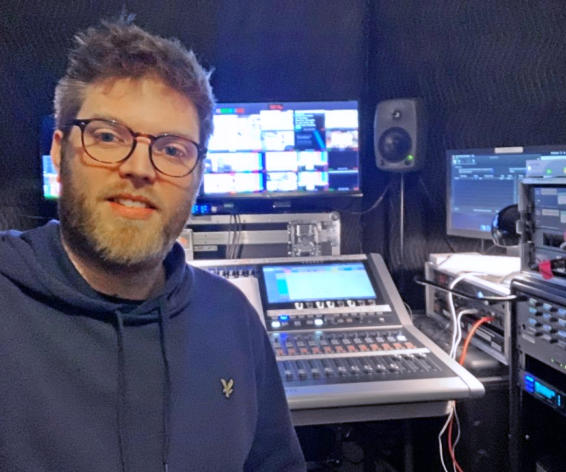 TALL AUDIO: THE CHOIR, LOCKDOWN AND THE AUDIO CHALLENGES 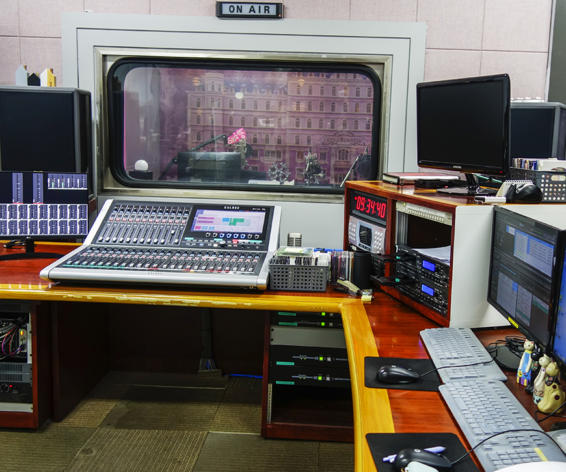 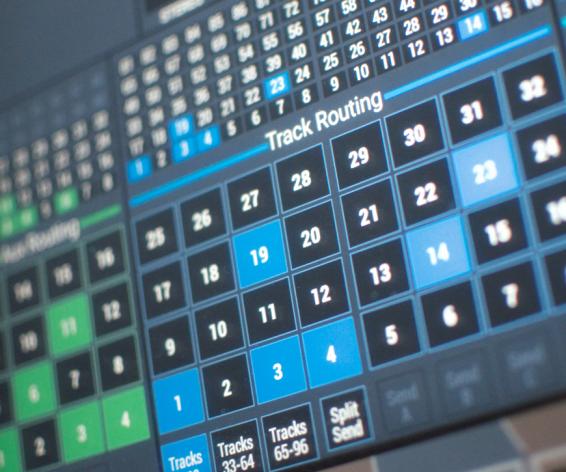 WHEN TO USE THE MIX-MINUS BUS